Goat heads, also known as the Devil’s Weed for a very good reason, are an invasive species of weed that grows on almost every continent. They can also be a menace to your kids and pets, especially if you’ve got them in your yard. They have built a reputation of being stubborn to kill, but with proper knowledge, you can learn how to get rid of goat heads permanently.

You can get rid of young goat heads by using weed killers and giving them a few days to wither and die. In the case of mature plants and seeds:

That’s not all, as you still need to know which weed killer spray to use, when to use the flame weeder, and how to permanently get rid of goat head problems from your yard, which you will learn if you read on.

What is a Goat Head?

Well, if you’ve ever stepped on one you probably know what they are.

But if you’re trying to identify goathead weeds to make sure that’s what you’re dealing with, then here are some if it’s notable characteristics:

Because the plant itself is quite pretty, most people don’t realize that they’re dealing with these horrible thorns until one sticks into the sole of your shoe, punctures your bike tire, or worst of all: jabs right into the bottom of your bare foot.

This horrible plant is actually an invasive perennial weed that cannot withstand harsh winter conditions, but will quickly return once the temperatures start to rise.

Believed to be a native species to Southern Europe, it most likely made its way to North America via early settlers who brought over wool that was full of them.

Goat head stickers and the plant that produces them goes by many other common names including:

But no matter what you call it, this noxious weed is awful and you’re going to want to get rid of it to protect your bare feet, your kids and your pets.

How to Get Rid Of Goat Head Weeds in Your Yard

While mowing your yard might be adequate to get rid of certain weed species, goat heads are exceptional as they will grow right back once the seeds germinate….Little Devils!

If you think uprooting them from the ground would work, think again. They will just grow from the remaining parts of the deep taproot underground.

Depending on their size and growth stage, you might want to adapt the following goat head control methods:

Weed killer sprays are perfect for dealing with young goat heads that are starting to sprout.

They’re a perfect chemical control method for dealing with goathead weeds before they start to produce seeds.

Some weed killers might take longer to see any result, while some work almost immediately. To effectively deal with your goat heads problem, make sure you try the following weed killer sprays: 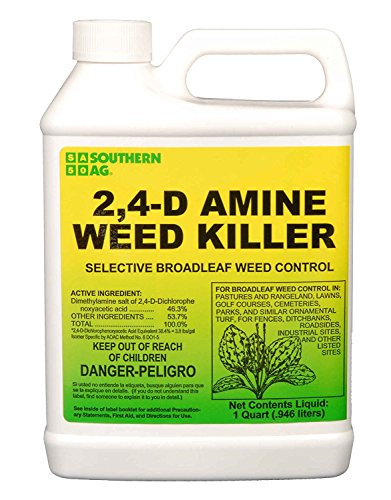 Due to weed killers’ toxic nature, you should observe caution, such as wearing gloves, when spraying your yard.

Note: Some weed killer sprays can kill off any plants, especially grass. Make sure you read the label before spraying your yard.

The flames produced by a propane torch burn at 2000F, which is more than enough to kill both the plants and the seeds. An eco-friendly propane tank powers the burner. Farmers have used flames for nearly a century to deal with different types of weeds, and this method has proven fruitful when dealing with goat heads.

In large areas such as an open field it’s best your best bet to choose a handheld flame thrower, which is easier to carry and store.

Farmers have also mentioned the benefits of carbon emission to the soil. They have noticed plants do well on soils that had flame weeding done, compared to other parts of the yard.

The only problem with this weed control method is that it doesn’t discriminate and is not ideal for use in an yard that has an already established lawn, unless you’re planning to start over from scratch.

That being said, if you notice your yard is absolutely full of goat’s head then this is a very effective way to kill the entire plant and seeds in an entire area.

*Be sure to take proper precaution when using this method, especially when it’s dry and windy, to avoid unnecessary fires. Keep a close watch and have a hose on hand at all times. You should also contact your local fire department to see if you need a permit or if burning is even allowed within your city or county limits. You should always avoid using a propane weed burner in dry areas and during the hot summer.

After burning, you’ll need to use these follow-up steps:

Remove the Dead Weed and Replace It with Something Else

Remove the debris from the yard once the plants have died after burning them with a propane flame. Next, use a leaf rake to pile them together and a shovel to place them into yard waste bags, lawn wagon, or wheelbarrow. Make sure you dispose of the waste where the weed won’t grow, such as a dumpster, in case some seeds survived.

In case you decide to use your hands, make sure you put on proper gloves for protection against the incredibly sharp burs.

Your next step will be to prep the yard in order to plant something else, such as grass, to keep it occupied. This is because goat heads don’t thrive when there is competition from other plants in a yard. In fact, it has been proven that St. Augustine grass can out-compete goat heads and choke them out since the grass grows rapidly and uses a lot of soil nutrients.

Till the Yard, Add Landscape Fabrics and Mulch

Goat head seeds require 1-2 inches of soil to sprout. To make sure this doesn’t happen, start by tilling the soil in your yard up to 6 inches deep. By doing so, you’ll be burying the seeds deep within the soil, which makes it hard for them to germinate.

Lay the freshly-tilled soil with water-permeable landscape fabrics. The fabric inhibits the seeds physically from germinating but still allows the water to trickle through to the soil. Cover the fabric with a mixture of soil and mulch to prevent sun rays from reaching the seeds. Mulch also attracts insects, such as crickets that feed on head goat seeds, eliminating the problem permanently.

However, there is a problem with the cost involved since this method requires a significant investment, only making it a practical solution for small areas. If you are tackling a large area, you should consider using pre-emergent herbicides instead.

Pre-emergent weed killer is effective in killing seeds the moment they start to germinate. The herbicide stimulates germination to the levels that the seed can’t handle, and they end up using all the resources in the cotyledons, which results in death. Woo hoo!

It’s worth noting that pre-emergent weed herbicides kill all the seeds in the area indiscriminately, including grass seeds.

It’s best to avoid using them three weeks before seeding your lawn or wait until at least six weeks after.

What is The Best Weed Killer For Goat Heads?

This acts as a pre and post emergent, which will kill the growing plant and prevent new seeds from germinating. It is safe to use on your lawn and will kill many other broadleaf weeds too.

Be sure to follow the package insert for application tips and safety guidelines.

Can I Use Vinegar To Kill Goat Heads?

This home remedy weed killer get’s a lot of attention because vinegar has been known to kill goat heads, but only when mixed with dish soap. The vinegar in question here is horticultural vinegar that eats through the plant down to the root. However, the results are not instant and might take a while for the weeds to die. Vinegar is also not effective in killing the seeds, which means goat heads might still grow back in the future.

Goat heads are a nuisance to your yard, and their burrs can be painful when you step on them. They have also been known to flatten bicycle tires and injure pets and people playing in backyards. Mowing your yard might help to get rid of these weeds, but only for a short time.

For a permanent fix, you need to attack goat heads with a post-emergent herbicide. Burning them is effective enough to kill the plant and the seeds. Till the land to prevent the seeds from germinating in the future.

How to Get Rid of Goat Heads Permanently